For all your Friends fans out there devastated by the removal of the show from Netflix, allow us to soothe you in your time of need. Jennifer Aniston’s 2020 Golden Globes look is just the thing to lift anyone’s spirits. The actress has consistently shown up on the red carpet in gorgeous black dresses, and this year is no different. Aniston arrived to the Golden Globes in a stunning floor-length gown, and reminded us all why we’ve loved her for so long.

Jennifer Aniston effortlessly glided in front of the photographers (she’s had some practice!) wearing a beautiful black gown by Dior Haute Couture. The soft, ruffle details along the neckline and delicate belt added a bit of romance and sophistication to the entire look, making it a classic Jennifer Aniston ensemble—that is to say, a gorgeous outfit.

The former Friends actress gave us some major Rachel Green vibes with the sartorial excellence of this look. The addition of the sparkling Cartier diamonds around her neck and Fred Leighton earrings and rings was truly an inspired choice. (Seriously, anyone know where I, too, can get some jewels as beautiful as these? I have a date coming up, and I think it’d be really impressive.) This is truly Jennifer Aniston at her peak, and we’re so into this gorgeous (and classic) Golden Globes red carpet look.

Of course, Jennifer Aniston is not nominated for Friends, but for her new show The Morning Show on Apple TV. She’s up for the award for Best Actress in a Drama Television Series. This is Aniston’s fourth Golden Globe nomination—and yes, she was nominated twice (and won once!) for Friends. The actress is now getting some recognition for her dramatic work, after being nominated for her role in Cake in 2015. Even if she doesn’t snag the win, her chic ensemble deserves all the awards.

Why Skincare Brands are Putting This Sleep Aid...

I’m Infinitely Obsessed with These Scandi-Style Overalls That...

Taylor Swift Went All-Houndstooth-Everything for the Premiere of...

All Your Fave Celebrities Came Dressed to the... 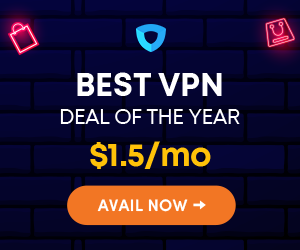